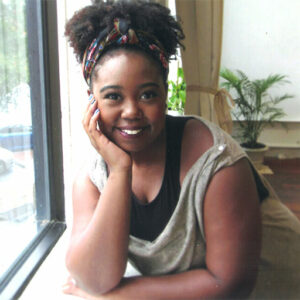 Jena Ja’whann has been said to possess “a kinetic intelligence well beyond her years”. She began her early professional training at Davidson Fine Arts Magnet School in Augusta, Georgia, under the tutelage of Bessie Award Winner, Sharon Skepple Mayfield. Before that, she enjoyed the art of praise dancing that she learned from her mother as a small child.

Jena moved to Columbus, Georgia in 2016 to further her training at Columbus State University, where she continued to study Ballet, Modern, Tap, and Jazz under former Radio City Rockette, Karyn Tomczak. Her journey through the dance world led her to various experiences such as her work with the Unto These Hills Outdoor Drama, appearances on television, in articles, and in concert dance performances. Jena began her professional teaching career with the CSU Youth Ballet Conservatory in 2017. Now, home again in Augusta, she joins the Mini Theatre to spread her love of dance with young movers like herself.

We use cookies on our website to give you the most relevant experience by remembering your preferences and repeat visits. By clicking “Accept All”, you consent to the use of ALL the cookies. However, you may visit "Cookie Settings" to provide a controlled consent.
Cookie SettingsAccept All
Manage consent

This website uses cookies to improve your experience while you navigate through the website. Out of these, the cookies that are categorized as necessary are stored on your browser as they are essential for the working of basic functionalities of the website. We also use third-party cookies that help us analyze and understand how you use this website. These cookies will be stored in your browser only with your consent. You also have the option to opt-out of these cookies. But opting out of some of these cookies may affect your browsing experience.
Necessary Always Enabled
Necessary cookies are absolutely essential for the website to function properly. This category only includes cookies that ensures basic functionalities and security features of the website. These cookies do not store any personal information.
Non-necessary
Any cookies that may not be particularly necessary for the website to function and is used specifically to collect user personal data via analytics, ads, other embedded contents are termed as non-necessary cookies. It is mandatory to procure user consent prior to running these cookies on your website.
SAVE & ACCEPT